When I came to design the icon the MIDI Friend, as it’s a Mac app, I knew it would have to be 3D. When I designed DMX Assistant’s icon, I just used Photoshop and kind of guessed how the perspective should look. It came out not too bad, but looking back, it’s a bit sloppy. I’ve always wanted to learn more about 3D graphics and play with Blender, so this was a good excuse.

Even though I made sure my vector shape should theoretically be exactly pixel-perfect, it’s not. 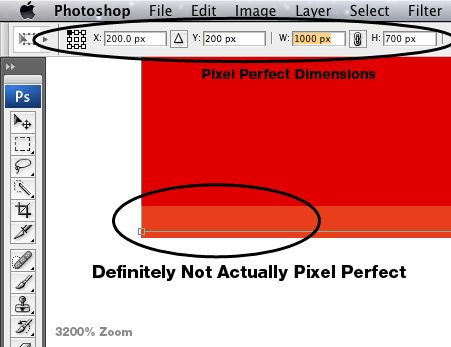 The solution seems to be typing in the numbers lots of times into the different text fields until it works, and changing the anchor point sometimes. It seems to be worse for larger objects?

I almost gave up and tried using Illustrator instead, but the performance would be terrible, having to deal with hundreds of vector layers for this interface design I’m working on…

I recently updated the DMX Assistant site with a page of old screenshots and some of the story of working on DMX Assistant.

Trivia: Why was the first release of DMX Assistant labelled 2.0? Because this was 1.0: 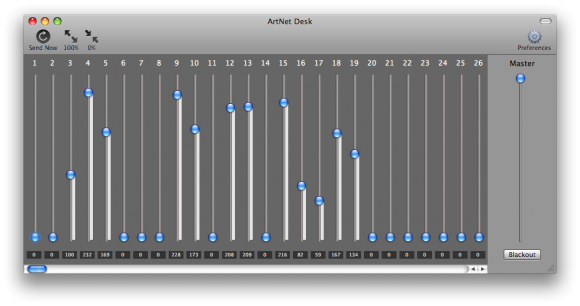 (I never actually released it though. Is it still legitimate to call the first public release 2.0? Google Chrome’s on 17, so I can do whatever I want too.)

Recently, I released a major update to DMX Assistant, and launched a new product: MIDI Friend!

You can now trigger Scenes with MIDI Control Change or Note messages – this enabled you to use a simple MIDI controller to control a simple lighting system, or for a show control system (like Qlab) to trigger a more complicated lighting system.

Recently, I was the lighting designer for Groundswell South Coast at Lighthouse Church, with special guest Stan Walker. It was a great night with over 750 people packed into the auditorium! Having got the job last year by simply turning up to help on the morning of the event, it was nice to have a bit of time to plan and prepare this year. 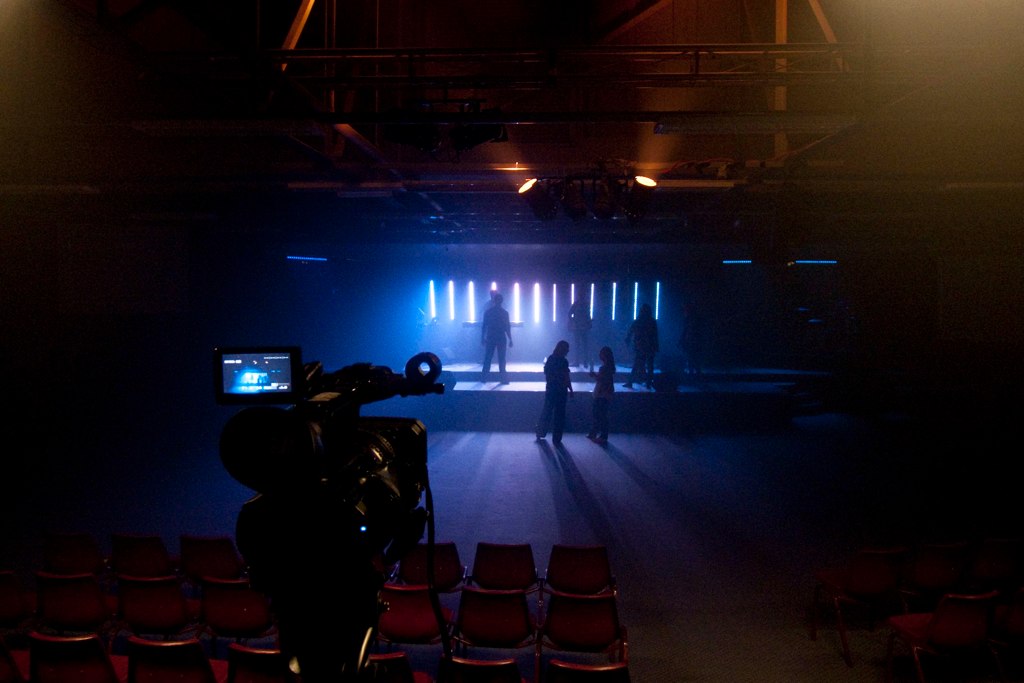 After months of work, I finally released my first Mac App, on the Mac App Store – DMX Assistant. It’s a tool to send and receive DMX via Art-Net, designed to make it really easy to understand what’s happening. 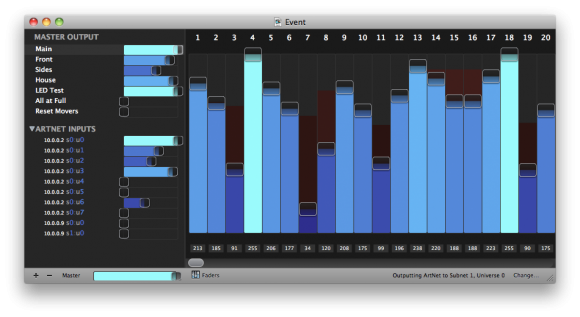 Very useful feature of Xcode 4* – in an Instruments time profile, just double click one of your methods and it’ll show you the code and which lines are the killers. 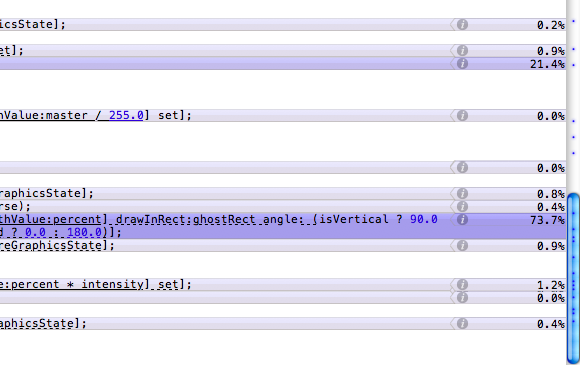 I’m not sure if this was around before Xcode 4 or not – I only just found it now.

I’ve created a new page with all my free design resources for download (all 2 of them!… there should be more coming sometime though). On that page, you can find some new whiteboard vector textures. I made them by slowly brushing off whiteboard marker from my whiteboard. It creates the dirty cracked look, as seen in the ‘Stock’ graphic above. There will be many more of these whiteboard ones to come (I’ve got a stack of .JPGs to process).

I hope you find them useful!

The McFarlane Prize is for Excellence in Australian Web Design. It’s judged based on accessibility, usability, the design, and the code behind it all. I submitted DouglasHeriot.com when it wasn’t even finished yet (it still isn’t, but it was even less-finished than it is now), and didn’t ever expect anything to come of it.

It was 6 months ago now when I got an email: 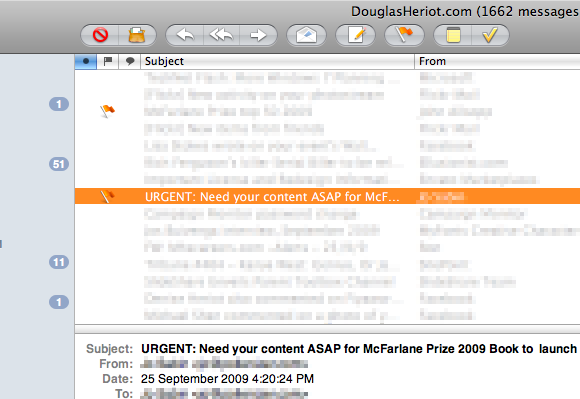 This is one thing that always annoyed me after switching from Freehand to Illustrator. I just couldn’t work out how to extend a path — eg. you draw an open path, then want to come back and add some more on the end. In Freehand, you would just select the end point, then use the pen tool to keep drawing as usual, but in Illustrator this would just start a new path. 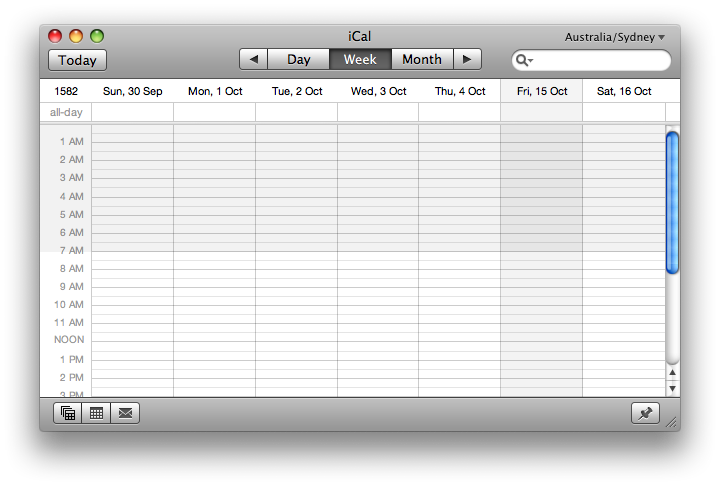 I can’t really explain it all, but there’s a pretty interesting article on the Panic Blog that does it pretty well. 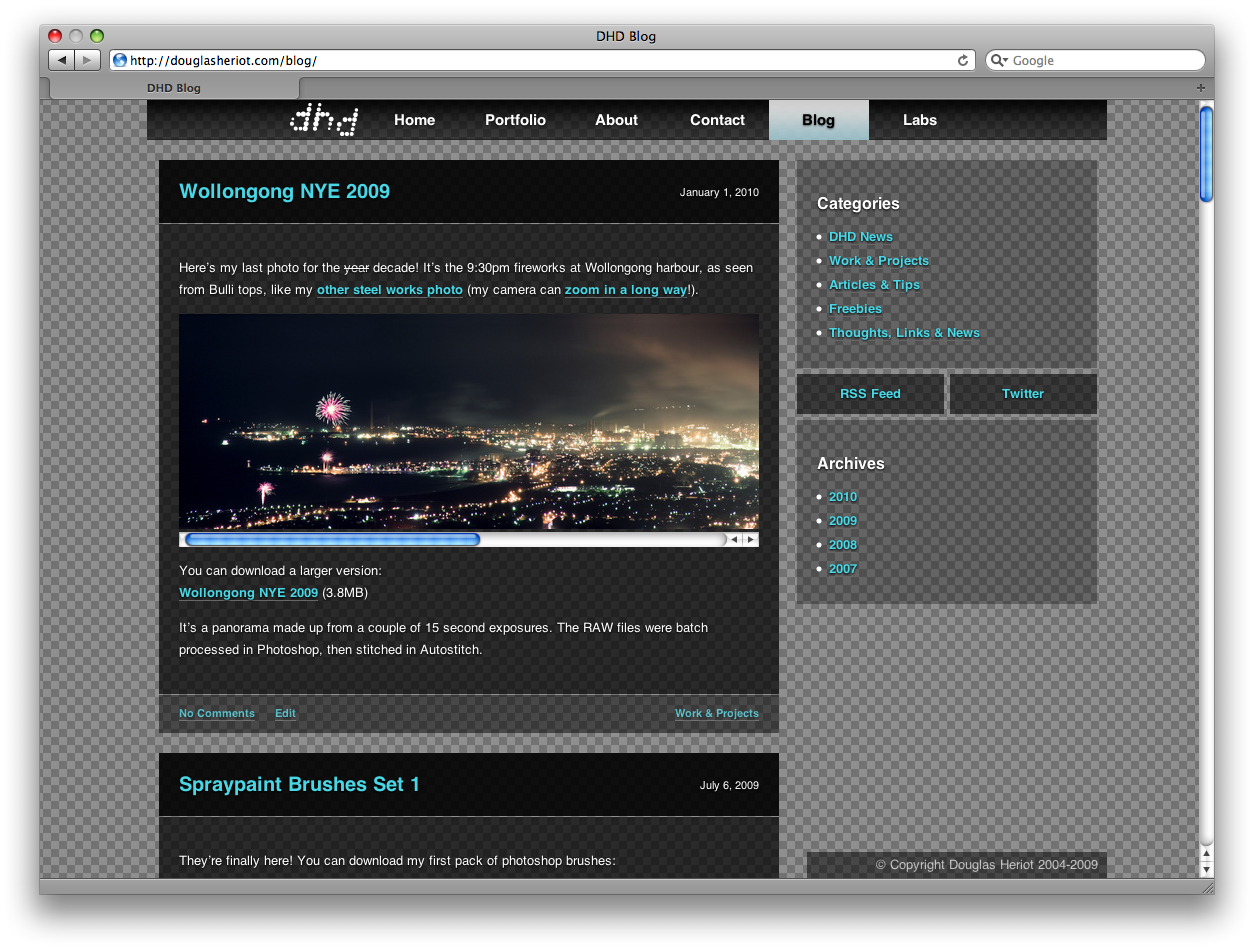 They’re finally here! You can download my first pack of photoshop brushes from my stock resources page. 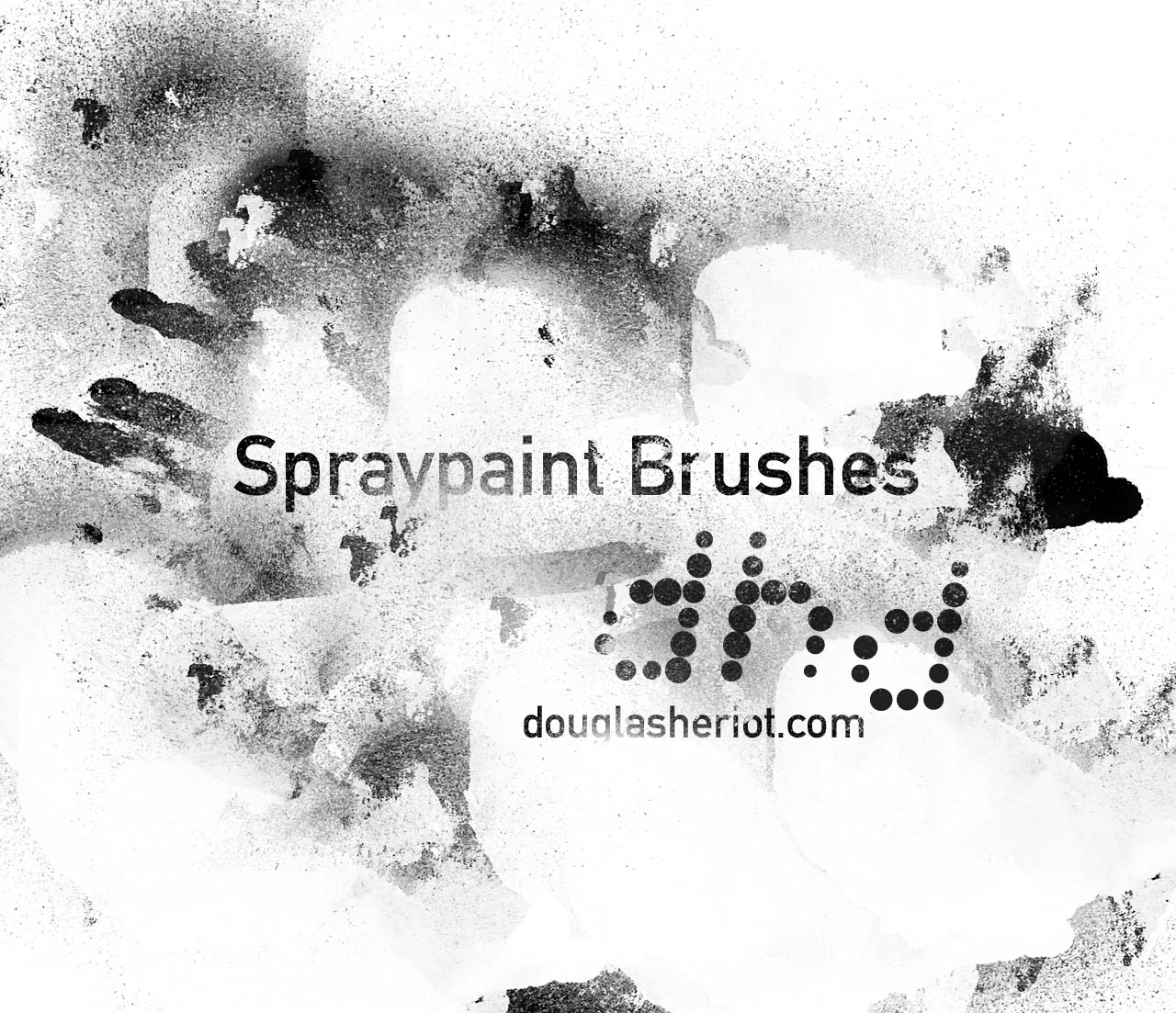 Today I was playing around with some black spray paint (don’t worry, I didn’t do anything bad). I painted some white paper so I can make some Photoshop brushes! Here’s a quick preview: 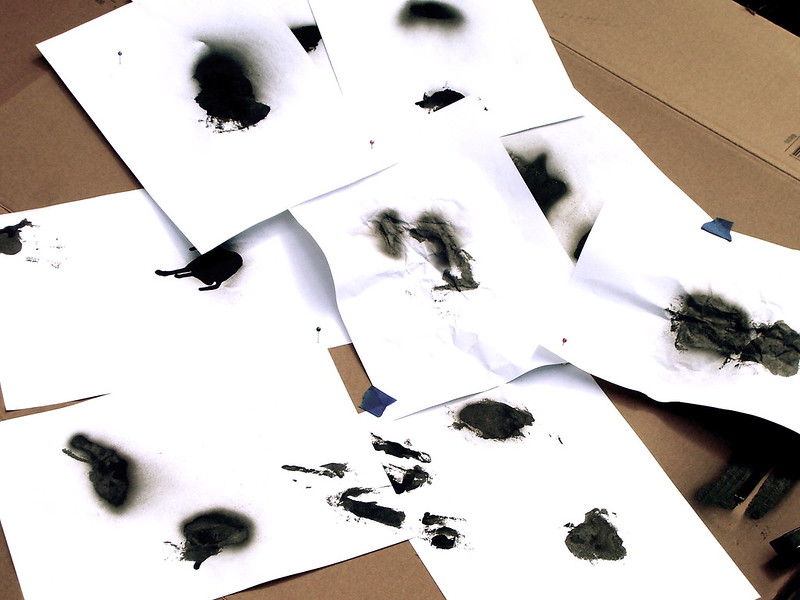